The Growth of the UK Shadow Economy 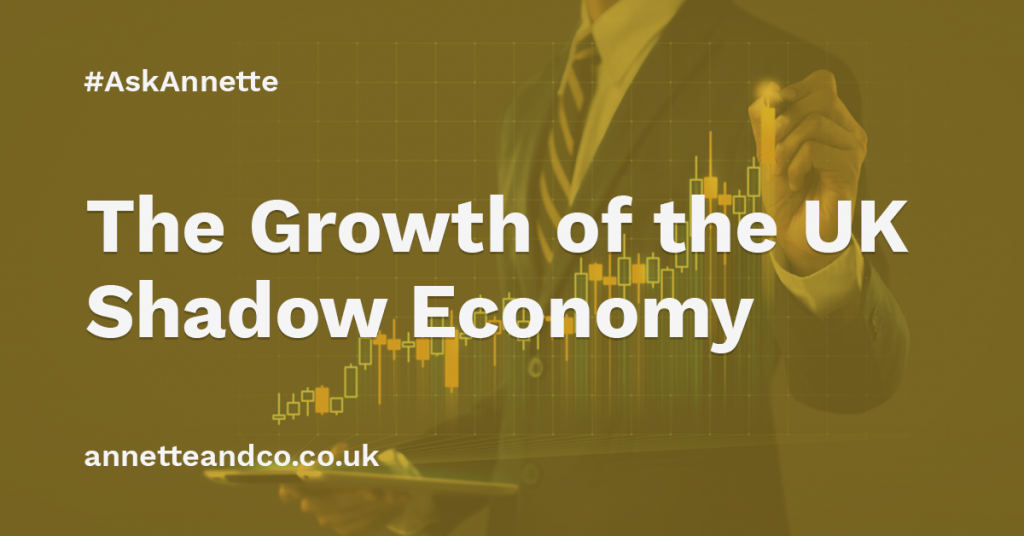 Contributing to 10% of the United Kingdom’s gross domestic product, the shadow economy is poised to continue growing as the business landscape changes worldwide. With the accelerated growth of the Internet in terms of strength, scope and features, the gig economy has been continuously gaining ground. That is only part of the whole shadow economy; there are other contributors to this ecosystem of non-taxed, undeclared money going around.

The Coronavirus outbreak is a vast event that seems to support the shadow economy further. As people get creative in finding additional sources of income, they see no need to declare these new activities, especially if they are connected to a company that’s currently paying their taxes on their behalf. Moreover, emerging opportunities remain attractive for both new and established entrepreneurs, making way for transactions that bypass governing laws for taxes and other required declarations.

What is a shadow economy?

The Oxford dictionary provides a succinct definition of a shadow economy: “illicit economic activity (such as black market transactions and undeclared work) existing alongside a country’s official economy”. To a lot of people, the shadow economy is the perfect example of a free economy, since it is unregulated and is therefore unbound by any regulatory laws. In other words, people operating in a shadow economy might engage in otherwise unlawful activities and not be liable for them.

Because of this, governments around the world have in place inter-agency efforts to eliminate the shadow economy. The government’s first mandate is the protection of its people; therefore, any activity that isn’t subject to its established laws is prone to abuse. In the UK, as well as in other first world countries, it’s easier for entrepreneurs, workers, and companies to comply with government requirements. This encourages most to declare their businesses and work as legal and taxable.

However, in countries where problematic bureaucracies are rampant, a lot of businesses remain in the dark. Who’s to blame though, when even registering for a company would require an entrepreneur to go through a long, abusive process marred by red tape procedures? They would instead operate in the shadow economy than pay taxes to corrupt government agencies.

In the UK, where it’s supposed to be easier to register a taxable business, the shadow economy still exists. Why?

Businesses typically operating in the shadow economy can mobilize in a more efficient, non-restrictive manner. The same applies to people who are working in the shadow economy – payments are more straightforward, the processing is faster, prices may be lower because there’s no tax, and choices are more flexible. Take, for example, one-off gigs such as babysitting, delivery, short-term projects. Among the small business trends to watch out for in 2020, these are becoming more prevalent as people are forced to stay at home and expected to be as productive, if not more productive, than before.

However, this poses challenges and risks. For one, because gigs and tasks are carried out outside the law, they are prone to abuse. For instance, while violence associated with the shadow economy is more of a thing of the past, it still stands that there is very little legal protection for those operating in this economy. Moreover, it might be tricky to expand a business in the shadow economy. As you scale, there would be more need for insurance, formal employment arrangements, and even advertising. Without legal registration, it can be not easy to acquire the necessary permits to carry out strategies.

The shadow economy is something that can be observed but not squelched. At this point where globalization, international relations, and technology are at the forefront of businesses both big and small, the demand for agile and cost-efficient strategies is at a high level. The shadow economy addresses this demand and is poised to grow even more significant as we navigate this COVID 19-stricken recession of an economy.

If you want to learn more about the discussion of the growth of the UK shadow economy, you can get in touch with Annette & Co. for FREE business advice. Better yet, you can tune in to my Podcast – Uncover Wealth Radio – where I talk about the latest updates on UK Businesses and also COVID-19 every workday at 11 in the morning. You can also join my exclusive Facebook group that talks about a lot of business matters and UK businesses,

For more information about this matter, be sure to check out Episode 130 of Uncover Wealth Radio. If you’ve missed the LIVE broadcast, you can always revisit the episode here on our website, Annette & Co.