Hey everyone, this is Annette Daily, day 41. Today from me consists of a few clients calls, a prospect call, a deep dive call which is my new client onboarding call and a trip to the opticians as well as the gym this evening. So I wanted to share with you something that came up in a phone call I had a minute ago and that was around systems because I firmly believe that you can get a business to about a million pound turnover, a million pound revenue without many systems in place to be honest with a lot of the stuff being in the owner’s head but if you want to start scaling beyond that, you really need dials and dials in systems and processes in order to be able to do that. In all honesty, less than a million pound turnover, if you don’t have your systems in place, it’s not gonna break the business but it might just break you as a business owner. And it might just cause you complete exhaustion. So without a doubt, when you are reaching about 100 K, you need to start making sure that you have systems and processes automation, all those things. You need to start making sure that they are in place otherwise it just causes you a lot of time and a lot of headache. But if you are reaching that million pound and you do not have that stuff sorted, you do not have that stuff nailed down, one, your business is gonna worth way less than you might think it is because everything is in your head, everything relies on you but two, you’re gonna be spending a lot of time that you don’t need to be stressing about things that might go wrong, that are in your head, that are not documented that no one else can pick up on. So that is my kind of thought from my most recent call for today. I’ve just had two calls back to back which have been pretty similar so I wanted to share them with you as well. You see, in my Annette Dailies, I rarely share actual footage for my calls with clients because there’s a lot of privacy around that. I don’t want to be sharing that kind of thing publicly but what I will share are my learnings from the calls and the discussions that we’ve had and the summaries of where we are. So I had a couple of calls today, pretty similar in nature where we had done a lot of the groundwork in the business with the business owner to make sure that their expenses were as lean as they possibly can be. And now it’s about picking up that revenue. It’s about making sure that the revenue is where it can be for the business. Once the expenses are under control, it makes it a lot easier to do that. It makes the business owner quite frankly sleep better, it makes you think more clearly and it gets you making decisions from a stable base rather than something that is crazy and not under control. So it is now, once you’ve got that in place about picking up that revenue plan, about implementing that revenue plan and about getting the revenue where you want it to be. And then fitting in some HR tasks in the day today as well. We have a job spec going out. So I’m preparing that too. Exercise is such an important part of the day for me and I have just had about half an hour in the gym and I’m feeling good for it so now I’m just walking back home. My husband is out tonight, so I’m trying to decide whether I’m gonna do a bit of work around content and things this evening or whether I’m just gonna relax but we’ll see. 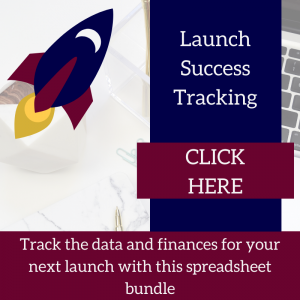